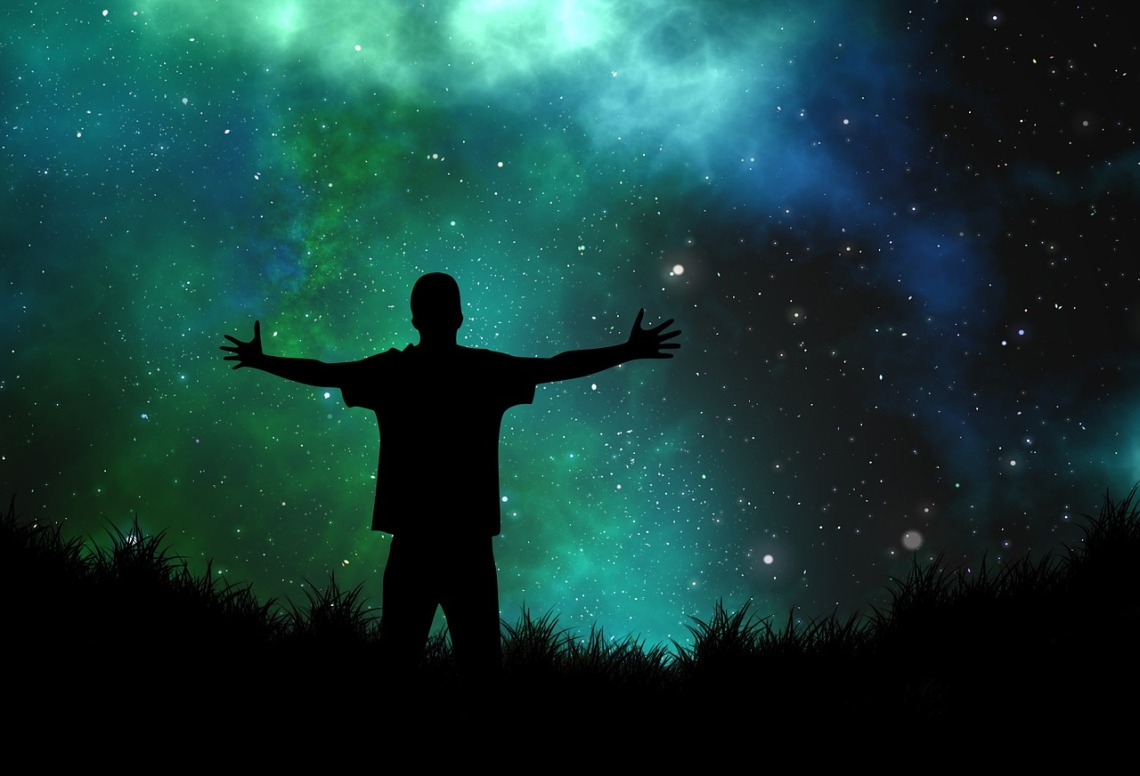 In Search of Base Reality: A short story by Jeremy Stevens

I knew there was something life-changing happening the moment I first met Drew Darden and Maria Soto, before they even spoke a word and told me their names. I didn’t know that humans could have such extreme variations in our skin tones until that day. It turns out there’s a lot of things I didn’t know about, like the existence of a place called Massachusetts, a place where Drew and his traveling partner, Maria, said they were born. But I’ll be honest with you, that doesn’t even begin to scratch the surface of where these two claimed to have come from.

My name is Enzo Silva. I’m a writer and a substitute teacher. And I can’t believe I’m about to say this, but there seems to be a distinct possibility that I reside in an existence called “Reality Number Forty-Six,” so named due to the number of realities that mine is removed from “Base Reality.” Or something like that. I’d never even heard of the concept before, but that is what my new friends seemed to think. More on that later.

Last week, on the morning of the day in question, I was trying (and failing magnificently) to get the ball rolling on the sequel to my first book. So I headed out to sit at Sanders Ferry Park with my laptop and my Boxer-dog Lily at a picnic table, trying to gather a head of steam on things. I was having a bit of writer’s block, hence the outdoor change of scenery from my normal desk. Overall though, I felt pretty good about the direction my story was taking before I met Drew and Maria that day. I liked to tell people that the first book was sort of like Animal Farm meets The Adventures of Huckleberry Finn. Somehow this explanation never garnered the excitement from people I had hoped for. I wonder if the people of base reality are ready for the comedic adventures of talking pigs and sheep? Anyway, I sold five-hundred eighteen copies of my first book, and I’m hoping to capitalize on that with my next effort. Well, actually, “sold” may not be the right way to word it. I sold about twenty paperbacks on Amazon to my grandmothers, aunts and uncles, and the remaining four-hundred ninety-eight were downloaded during an Amazon Kindle free book promotion.

Everything that happened has forced me to put that story on the back-burner, however. Their story is so incredible that I feel like I need to get it all written down now before I start rationalizing it.

As I was saying, the day I met Drew and Maria, I was in my own world, writing away on my laptop, and the sound of Lily losing her mind barking started coming into focus. After some time, I became aware that I was being approached by the two youths who had just made their way out of the nearby woods. By the time they made it up to my table, they had already made friends with Lily and she was just wiggling away, welcoming them the way she does. The two appeared to be in their early teens. One of them, the boy, had pale skin unlike any I had ever seen. Later as we discussed things, I discovered that their home had once experienced a period of great cold and ice, where sunlight was limited and the skin of a great number of the population had adapted as such. He was carrying a small, handheld piece of equipment that I was unfamiliar with, and they both wore backpacks and unusual clothes. It’s hard to put my finger on it, but even the color scheme was different than what I find typical of kids these days. When the male with the pinkish skin and reddish hair spoke to me, he spoke in a language that I had never heard before. When I tried to respond and explain that I didn’t understand him, a look of recognition came over them both, and then we were able to make a bit of progress. So either they are both just out of their minds, or somebody where they come from speaks Castilian, although I admit it was in a dialect I didn’t recognize at all, and that did slow progress a bit still.

“Are you God?” was the first thing he said to me when he recognized my language, and I immediately thought that while intelligent, he may be a few grains of rice short of an arroz doce, if you know what I mean.

“I’m Drew Darden, Mr. Silva,” the boy said, sticking out his hand for a firm handshake.

“And I am Maria Soto,” said the girl, who I noted had a much healthier skin color than her friend, with dark hair and brown eyes.

“What in the world made you think to ask me if I’m God?” I asked them. “And where did the two of you come from? There’s nothing for miles in that direction, just the woods and Old Hickory Lake.”

The two hesitated and looked at each other. I could tell they were trying to decide if I was safe to talk to.

“I think it’s just too hard to explain,” Maria said.

“Oh reeeally?” I snorted sarcastically, “Ok then. A couple of kids with skin disease walking around in the sun with your skin exposed… Maybe I’ll just call the Child Protection Agency and have them come have a look at you,” and I started to walk away.

“Alright,” Drew said to me. “It’s like this; your reality is only one reality removed from ours, and you speak a language like ours, so it must not be that different from the one we just left.”

“So you’ve left reality?” I said, not getting it.

“Well, actually yeah, sort of,” said Drew. “At least, we left our own reality. If my calculations are correct, my home is forty-seven simulations removed from Base Reality.”

“According to the quantizing device, we had only taken one step from our own simulation into yours,” Maria said. “We have hypothesized that the more steps we take away from our reality, that things will get weirder and weirder. So when we got here and saw trees and picnic tables, and a human being with a computer, we weren’t sure, but we thought maybe our calculations were correct.”

“So let me see if I have this straight,” I said. “You kids are telling me that you are from some other planet? Maybe instead of the CPA, I’ll call the local mental institution and have the two of you locked up?”

I don’t just believe every little thing I hear, but I was having a very hard time accounting for his skin tone, and the strange quantizing device, and their strange language. At the very least, I believed that they believed what they were telling me.

“And the two of you what? Built a simulation hacker? What are you,” I asked them, “a couple of geniuses?”

“We went to the same college, MIT. We were recruited pretty young,” Maria told me.

“Anyway yes,” said Drew, “we are the first humans to understand the simulation, and we built a simulation hacker, as you call it. And I had a pretty good clue that our information was right and we had arrived in simulation forty-six, but I couldn’t help but think that maybe the simulation we’ve spent our lives in was just a figment of your laptop’s imagination. In a sense, that would make you God. It was just a little simulation humor.”

I offered to let them stay with me. They could come and rest for a while, maybe get some food while they figured out their next step. Plus, I wanted to get so much more information out of them. A story like this could be just the thing I needed to make that great novel I want to write.

I’ve thought about them a lot since that day. There are so many questions I wish I had asked them before they left. How in the world did they come to the conclusion that they were living forty-seven simulations away and not forty-seven billion? I wonder what the worlds they visit will look like as they get further away from their home. As it gets weirder, will they stand out even more than they did here? Are the people running my simulation even human? What about the people in Base Reality? What are they like? I wonder if it’s possible for someone inside a simulation to make their way out into Base Reality?

“The odds are billions to one that we are not in a simulation.” -Elon Musk